At  Dynamo University ‘22, our annual user conference, we had the privilege of hosting keynote Tom Hardin, also known as “Tipper X”. Now a noteworthy speaker and consultant, Hardin spent his early career as an analyst for a technology-focused Hedge Fund, until he was eventually caught by the FBI for making four trades with material nonpublic information (MNPI). He became a cooperating witness, assisting the FBI in a sting operation that resulted in over 80 guilty pleas or convictions for insider trading. “Tipper X” was his codename, due to his role as the central figure in a web of targeted financial criminals.

At the end of his cooperation Hardin’s name became public, an event that would permanently destroy his once-promising career, many of his relationships, and numerous privileges once taken for granted. Here, we’ve summarized eight key takeaways from his Dynamo University ’22 keynote, in which he leveraged his story to set up a framework for better decision making.

1. Beware of self-deception by reasoning

When deciding to trade with MNPI, Hardin was able to successfully reason himself into a position where he felt his actions, though perhaps not justified, were harmless. He warns against using fallacious reasoning to excuse ourselves from guilt. This process of self-deception often includes reduction words such as “sort of,” and, “merely,” as well as the use of immaterial position reasoning, which includes justifying actions as a “victimless crime” or downplaying illegal gains as being, “only a small amount.”

2. Don’t let mistakes be a scapegoat for bad decisions

Hardin challenges us to take ownership of our poor decisions, which are often excused – by ourselves, or by others – as mistakes. Taking ownership of our choices, both good and bad, allows us to examine our decision-making processes and work towards self-improvement.

Although similar, Hardin highlights the difference between shame and guilt as this: shame, if dwelled on, defines and destroys, and should be dropped. Guilt, on the other hand, is a developing force and should be something we hold on to. In other words, guilt is productive, as it is a way for us to hold ourselves accountable and inform future decisions, while shame is purely negative, and has the potential to eat away at us over time.

4. Don’t define yourself by the success of others

As a 28-year-old, unsure of himself and still relatively early in his career, Hardin would measure his success against that of colleagues and friends. Insecure about falling behind, he became increasingly receptive to finding success through illegitimate methods, instead of focusing on developing his own skills and improving his craft. He regrets allowing his insecurities to define him and wishes he had spent more time focused on his own professional development.

5. Be careful of who you surround yourself with

While Hardin emphasizes that his decisions were ultimately his own, he highlights the fact that his environment enabled his behavior, rather than attempting to prevent it. His manager told him that he needed to turn a profit, and looked the other way throughout the entire ordeal. His friends in the industry, instead of pushing him to stop, sought to get in on the trades and participate themselves. While none of these people forced him to make illegal trades, they helped create an environment where his behavior was encouraged, rather than scorned.

Hardin stresses that important decisions should not be made in a vacuum, whether entirely by oneself or in a bubble. Hardin regrets not consulting his family, or friends outside of the investing world, whom he feels would have rightly told him his behavior was unacceptable.

7. The biggest victims of your decisions are the people closest to you

After his reputation was effectively destroyed following his public court case, Hardin realized the greatest victims of his crime were his family, friends, and colleagues, whose careers and public image were negatively affected because of their associations with him.

8. You must be willing to be held accountable for your decisions

Hardin highlights this as the main idea of the Tipper X decision-making framework. If we are not willing to be held personally accountable for a decision we are about to make, then it is likely not the correct decision.

Hardin’s story, from his criminal past to reacclimating into society as a leading speaker on ethics, shows us the importance of thoughtful decision-making. By surrounding ourselves (and frequently consulting) with ethical individuals, as well as holding ourselves accountable for past and future choices, we can pave the way for a successful career as an ethical business decision-maker. 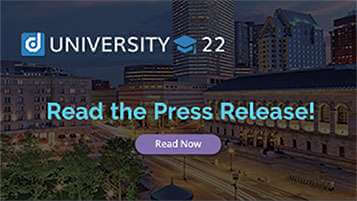 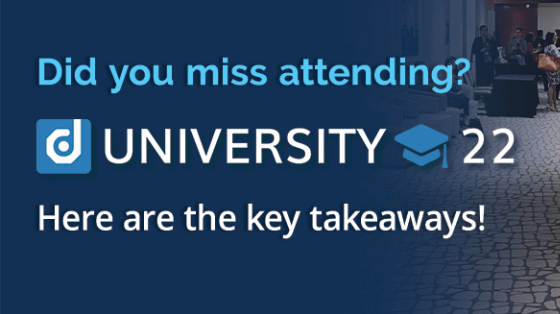 For more information about Dynamo University '22 or any of our speakers, contact us today.