In the past few years, we’ve seen several once-niche areas of investment gain mainstream traction. Pushed forward by technological innovation and favorable regulation, new investment opportunities have emerged in fields such as cryptocurrency, cannabis, and electric vehicles. While there appears to be vast economic potential in these up-and-coming markets, their movements are often volatile, and liable to swing capriciously at a variety of difficult-to-predict stimuli.

For example, following a meteoric rise beginning in Q4 2020, Bitcoin is down over 40% since April 13. This decline is attributed to a few factors, including a statement by the China Banking Association warning member banks of risks associated with digital currencies, and banning financial institutions and payment companies from providing services related to cryptocurrency transactions, as well as electric vehicle manufacturer Tesla’s decision to no longer accept Bitcoin due to concerns over its environmental impact.

Other cryptocurrencies like the meme currency Dogecoin move more whimsically. Originally created as a joke lampooning the wild speculation in cryptocurrencies at the time, the coin’s value had recently risen to an all-time high following Elon Musk’s Twitter support. After his Saturday Night Live appearance, it fell dramatically, and then again along with Bitcoin and other cryptocurrencies due to the aforementioned Tesla announcement.

It remains to be seen how major players in Cryptocurrency will fare against challenges such as increasing competition, environmental concerns, and a current dearth of adoption from most mainstream vendors. Furthermore, there have been recent challenges to the reputation of Bitcoin as an untraceable currency, which only serve to further shake investor confidence. Nevertheless, cryptocurrencies hold great potential, and large firms have already started to take notice, with currency and blockchain investments continuing to gain traction through 2021. On the individual level, the CNBC Millionaire Survey reports that almost half of millennial millionaires surveyed have at least 25 percent of their wealth in cryptocurrencies, while more than a third have at least 50 percent.

The Electric Vehicle industry also reacts strongly to less-traditional forms of stimuli. Tesla is perhaps the most famous example, with CEO Elon Musk’s 2018 decision to publicly consume cannabis on set of the Joe Rogan podcast sending TSLA down close to its lowest point that year. Still, share prices quickly recovered, and at the time of writing are up just over 1,000 percent since that point. Though its growth is owed to a number of factors, investor confidence in the future of electric vehicles likely plays no small part. In Q1 2021 alone there was a plethora of speculative investment into EV-related stocks propelled by President Biden’s infrastructure plans, which include $174 billion to promote electric vehicles and supporting infrastructure. Legacy automobile manufacturers. Infrastructure investments, too, have seen growth. For example, shares in ChargePoint (CHPT), an electric car charging startup, have nearly tripled in price since the November presidential election, hitting an all-time high of just over $46 in December- compared with just under $10 this time last year. While much of the hype around EVs has relaxed since the early months of 2021, many are still banking on the long-term potential of EVs as a replacement for gas-powered vehicles.

Finally, with a wave of marijuana legalization in the US, many have been eager to capitalize on this emerging market. However, the market is volatile, and there are many setbacks for the would-be investor, including a crowded market of relatively new players, high taxes, and the risk of hype-related overvaluation. This is where a dedicated research management system comes in.

While risk-laden and volatile, these emerging markets promise enormous short- and long-term value for the discerning investor. With the rapid flow of new information in these industries, combined with a relative lack of historical data, having a research management system is critical for tracking the latest updates across your portfolio. Charting fickle movements and their triggers across these different landscapes allow you as an investor to build up something of your own track record in order to make more informed investment decisions.

The Dynamo Themes view makes it easy to consolidate all of the information relevant to your firm’s investment themes and ideas in one place. You can view the total investment in your portfolio related to each theme, as well as related bankers, potential co-investors, and related portfolio companies you have invested into, as well as investment size, region, and date of investment. 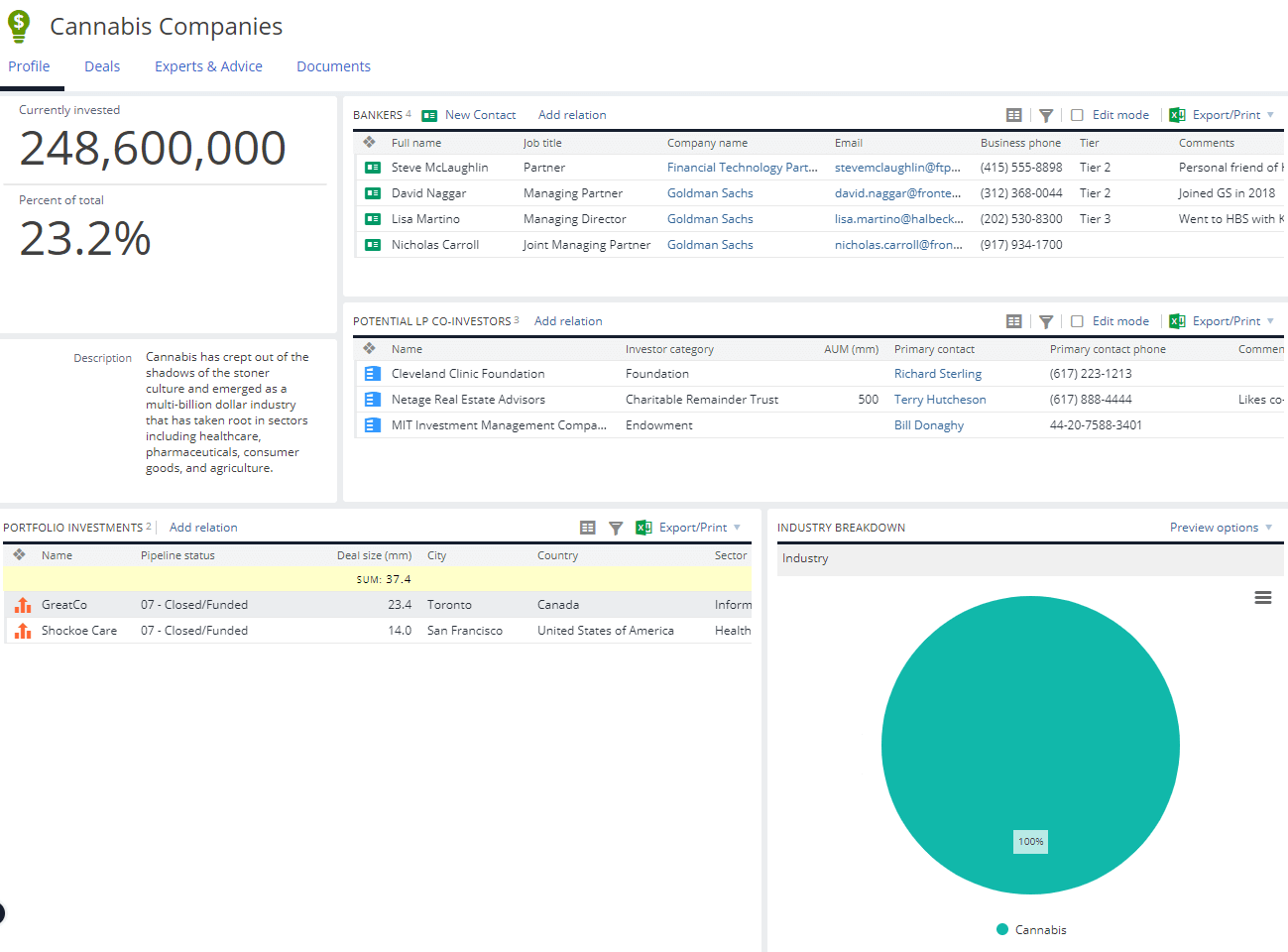 In addition, the active deals tab shows the pipeline for related deals and built-in high charts functionality displays deals by sector and a funnel chart of deals by status at a glance. With the experts and advice tab, you can tag industry experts you can reach out to for advice and a history of that correspondence. 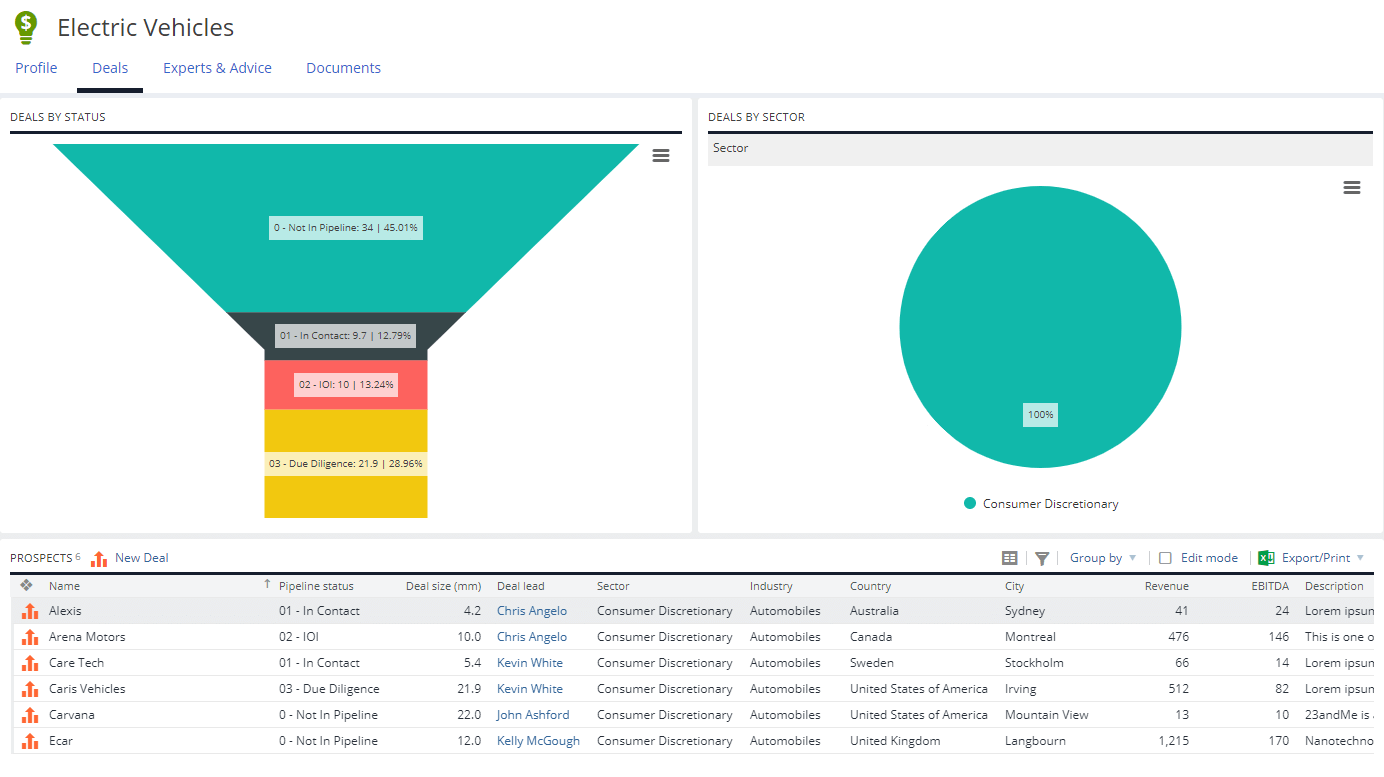 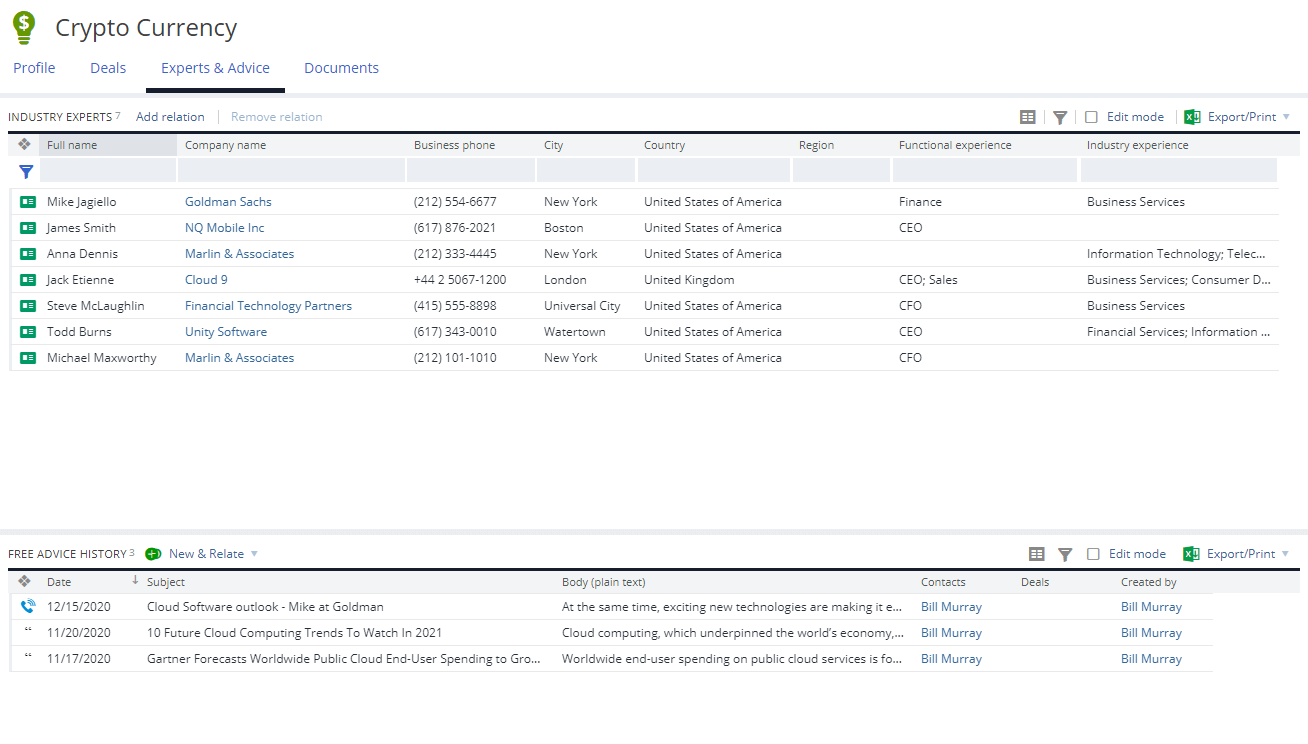 Finally, related research documents, marketing material, and due diligence are available for easy access across your firm. This approach helps you and your colleagues keep up to date with the latest developments on the industries you follow, and mitigate risk in fast-moving markets, and can help gain buy-in from more traditional/old school partners who need an easier way to follow nontraditional opportunities. In this way, Dynamo Themes is not only a powerful tool that allows for tracking bleeding edge technologies in a thoughtful manner but also helps conservative investors move toward new school investing. 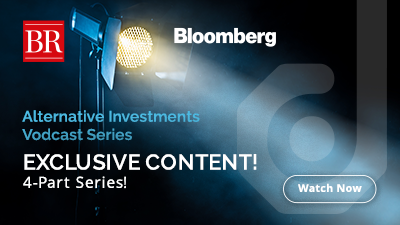 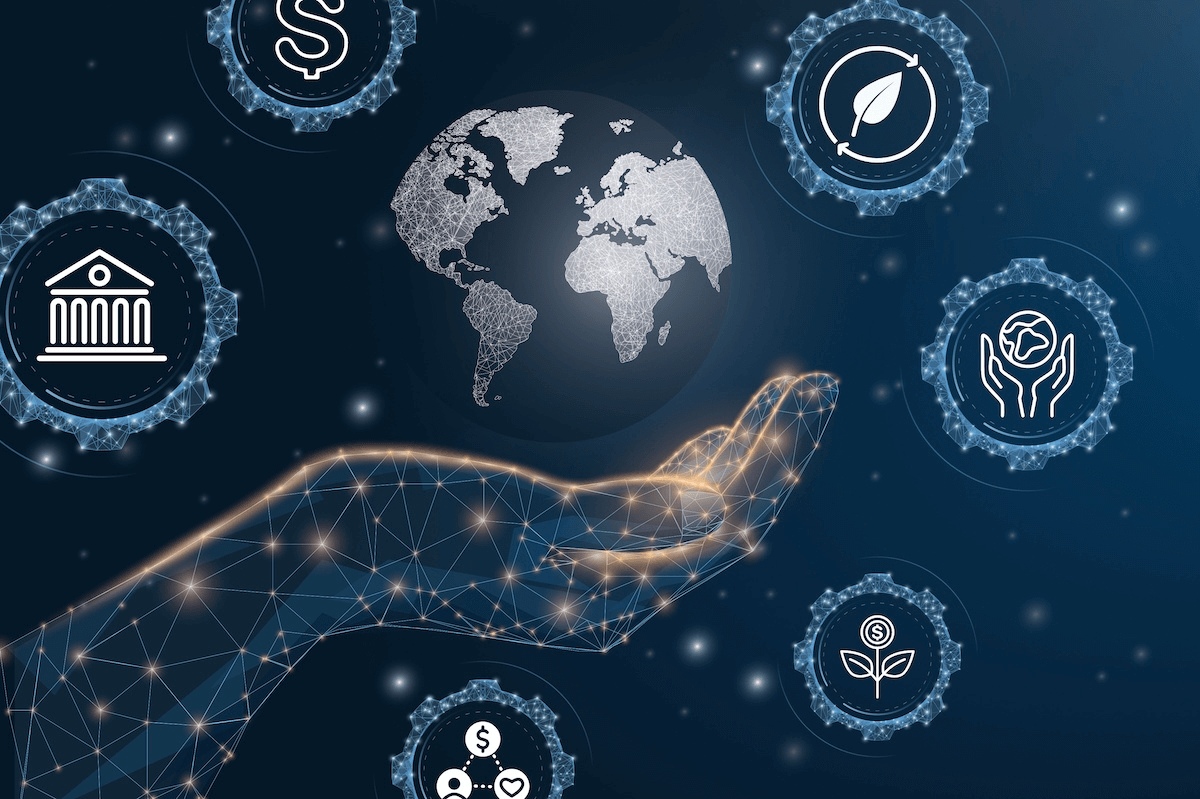 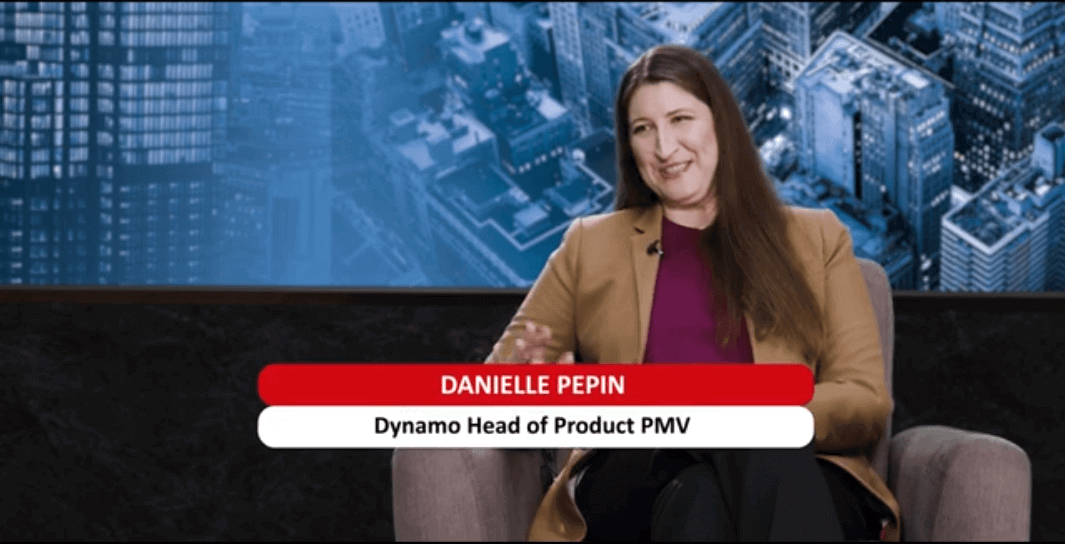 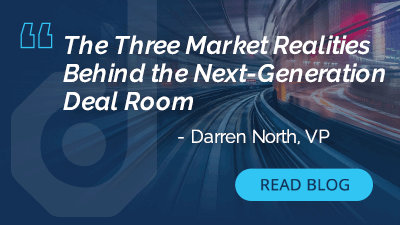 The Three Market Realities Behind the Next-Generation Deal Room

To learn how Dynamo can help you navigate these new markets and others, schedule a demo.